Struggling with Speech: A Mother’s Perspective 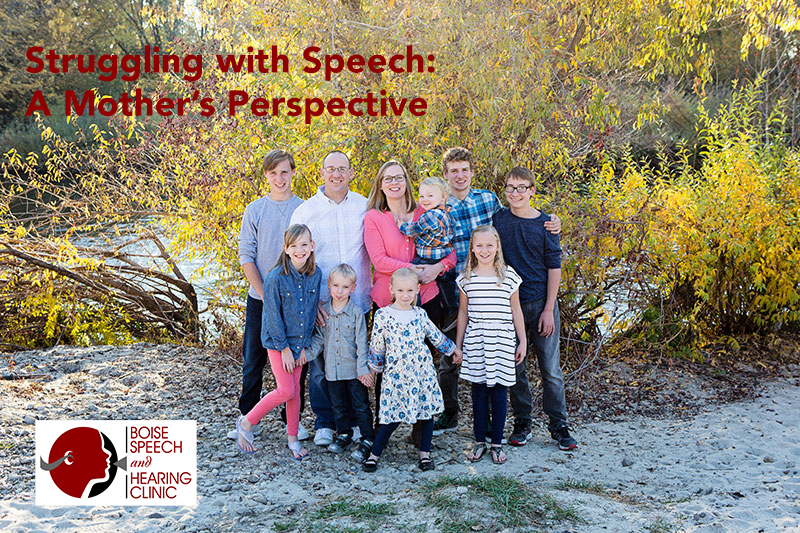 Speech has been a part of my life in one form or another for the last 13 years. I am not a Speech-Language Pathologist, but I have four kids who have been treated for Apraxia of Speech. One has some stuttering problems on top of that and another has moderate hearing loss. Three out of the four of my speech kids, are male, which aligns with statistics that boys struggle with this disorder more than girls. All of their struggles lie with pronunciation and not language acquisition.

We have all learned a lot in the course of the many hours, weeks, and ultimately years of speech therapy. There is no quick fix for this issue. Like many kinds of therapy, it takes weekly appointments and lots of work on the part of the therapist, parent, and especially the child who is struggling with speech

It can be a very frustrating disorder as parents struggle to understand their child and children struggle to be understood. This can lead to acting out and even anger from the child. I have one child who started screaming every time I did not understand him immediately. I don’t like repeating myself either and I don’t struggle with my speech so I can imagine the frustration a child can feel to even have the most basic concepts relayed. By trying to explain to him that I was trying to understand and asking additional questions of him, we finally worked out a process of communicating while he was trying to master the different speech sounds.

If you are concerned about your child speech, check out this milestone guide.

You have Successfully Subscribed!