Virtual Tour of the Clinic 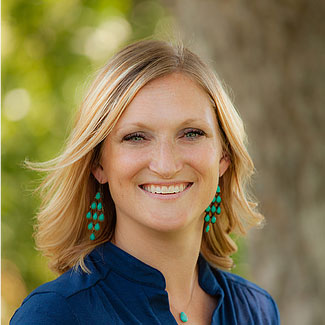 Rian Chatterton has worked as a Speech-Language Pathologist for the past 14-years. Rian has worked in a variety of settings. She earned her Bachelor of Science in Speech Language Pathology and Audiology in 2002 from Idaho State University. In 2004 she completed her Masters degree in Speech-Language Pathologist from Idaho State University. Rian has experience working with children, adolescents, and adults with a variety of communication disorders. She has specialized in areas of Autism Spectrum Disorders, Augmentative and Alternative Communication and Orofacial Myofunctional Disorders. Rian took over ownership of Boise Speech and Hearing Clinic in the summer of 2013.

Rian holds a Certificate of Clinical Competence (CCC) from the American Speech-Language Hearing Association (ASHA) and a State of Idaho License for Speech Language Pathology. In 2016 Rian completed her certification process with the International Association of Orofacial Myology (IAOM) and is now 1 of 2 Certified Orofacial Myologists in the state of Idaho.

Rian has called Boise her home most of her life and LOVES the Treasure Valley! She loves to cook, be outdoors camping and hiking. Rian is a “self-help” book junkie and is always reading 3 books at a time. She loves coming up with crafts for herself and her kids to do. Her kids might say that their life is a constant sound track and dance party as she is always making up songs for everything and embarrassing them with her mediocre dance moves. Rian LOVES her job because she gets to play and make a difference every day! 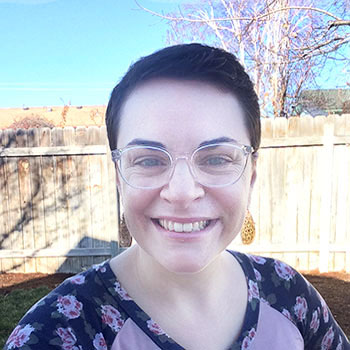 Jaimee is from upstate New York where she had the privilege of growing up in a family with a shared passion of working with adults with special needs.  She chose to enter the field of Speech-Language Pathology to continue to support individuals with disabilities.  In 2006 she earned her Bachelor of Arts in Communication Disorders and Sciences from the State University of New York College at Plattsburgh.

After completing her undergraduate program, she moved to Virginia where she attended Hampton University and earned her Master of Arts in Communicative Sciences and Disorders in 2008.  Throughout her time in graduate school she worked as a Speech Therapist in a school-based program for children with Autism.

Shortly after completing her graduate degree, she moved to Idaho Falls where she worked with children with Autism for six years.  Jaimee considers herself fortunate to have had the opportunity to work with people of many ages and abilities throughout her life.

She and her family relocated to Boise at the end of 2014 and she began working at Boise Speech and Hearing Clinic in January of 2015.  Since that time, Jaimee has focused on remediating Orofacial Myofunctional Disorders in children, teenagers, and adults.  Outside of work, she most enjoys spending time her family. 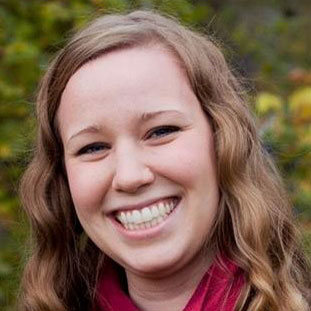 Stephanie received her Master’s of Science degree in Speech Language Pathology from Idaho State University in August of 2017. She was an intern at Boise Speech and Hearing Clinic since January of that year, and knew since then that she loved this clinic! Before entering graduate school, Stephanie worked in the Boise School District in a junior high classroom for students with special needs. There she learned how much she loved working with kids at all skill levels, and discovered a passion for teaching her students how to better communicate with the people around them.

Stephanie has lived most of her life in Boise, but she spent five years living in Singapore with her family. She loved living there, and still enjoys traveling the world, but Boise will always be home! 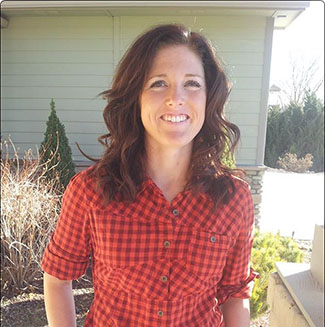 Leslie Clarke received her undergraduate degree from Southern Virginia University in Liberal Arts; a degree that taught her discipline and gave her practice in problem solving, and articulating her thoughts and ideas using supporting evidence. These skills proved advantageous as she embarked on a Master’s degree at Idaho State University to become a Speech-Language Pathologist. Leslie graduated in 2015 and has been practicing ever since.

She has worked with preschool-aged children to adults with a variety of communication disorders. In the past, she has practiced as a school-based therapist as well as in the outpatient clinical setting.

Leslie holds a Certificate of Clinical Competence (CCC) from the American Speech-Language and Hearing Association (ASHA) and a State of Idaho License for Speech-Language Pathology.

Leslie grew up in Boise, but lived in a variety of other locations until she returned in 2015. She enjoys hiking, backpacking, kayaking, soccer, skiing and snowboarding, beekeeping, and gardening. She has a cattle dog that requires her to get out every day, which keeps her active.  Her passions include continuing education, the Russian language, and her family. 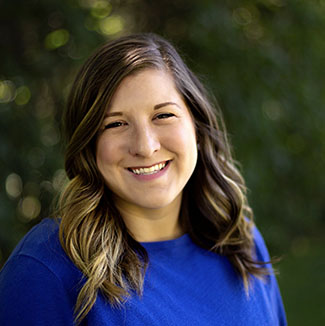 Brooke McBride is a born and raised Idahoan and has always been passionate about serving her community. At the young age of thirteen she was introduced to the field of Speech Language Pathology and volunteered at speech summer camps in her spare time as a teen. She went on to receive her undergraduate degree in Communication Sciences and Disorders with an Emphasis in Speech Pathology at Idaho State University in 2015. While earning her undergraduate degree Brooke worked as a developmental therapist, working one on one with children with disabilities in the community and in the schools. This experience only reinforced her passion for serving this community and led her to pursue her dream of earning a graduate degree in Speech Language Pathology. Brooke graduated with her masters in Speech Language Pathology from Idaho State University in 2017.

Although Brooke has focused on the pediatric population, she has recently found a new love with treating the adult population as well. Within the past five years she has had two family members diagnosed with Parkinson’s Disease and is passionate about learning and serving this population; specifically working with the SPEAK OUT therapy approach through the Parkinson’s Voice Project.

In her spare time Brooke enjoys spending time with her husband and her son at splash pad parks and cuddling up watching movies. She also enjoys playing recreational soccer and having game nights with friends! 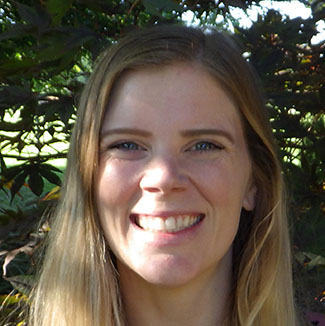 Natalie recently graduated with her Master’s degree in Speech Language Pathology from Idaho State University. She is currently completing her clinical fellowship in order to receive a Certificate of Clinical Competence from the American Speech-Language and Hearing Association.

Natalie is originally from Arizona where she grew up attending speech therapy herself, which sparked her interest in working in this field. Before completing her undergraduate degree, Natalie had the opportunity to live, work, and teach English in France and the Philippines. Those experiences further expanded her passion for teaching and helping others better their ability to communicate. In 2017, Natalie received her Bachelor of Science in Communication Sciences and Disorders from Brigham Young University in Provo, Utah.

Natalie enjoys spending time outdoors with her husband and Golden Retriever. Some of their favorite activities include hiking, swimming, and going to the dog park. Additionally, Natalie enjoys fitness, reading, and traveling to new places.

Marilee has 40 years of experience as an Occupational Therapist and has received her speciality certification in Low Vision through the American Occupational Therapy Association. She has worked with geriatrics throughout her career and devoted ten years working with Dr. Ronald Cole at Medical Vision Technology, a private practice low vision rehabilitation program in Sacramento. During her low vision practice, she developed a unique guide card method, which helps patients to learn how to effectively use their eccentric viewing when performing functional tasks such as reading, writing and home making skills. She has been a speaker for the Academy of Ophthalmology Low vision Day in 2003, 2004, and 2005. She presented at the American Geriatric Society – annual Scientific Meeting, on OT’s role in low vision rehabilitation. She has been a speaker in 2007, 2008 and 2009 at Envision – a multidisciplinary low vision rehab and research conference. She was asked to teach physicians in Shanghai China on her eccentric training method and she presented at the 8th international congress of Ophthalmology and Optometry Conference in Nanjing, China. She has been a board member of the SAFE Foundation – Sight and Function Enhancement Foundation in Sacramento.  She loves spending her free time with her husband and two adult children and their families as well as developing trip itineraries for her family as well as for their friends.  Photography is a special interest and you might find Marilee parked along a street taking pictures of the beautiful fall colors or the great horned owl in their back yard. 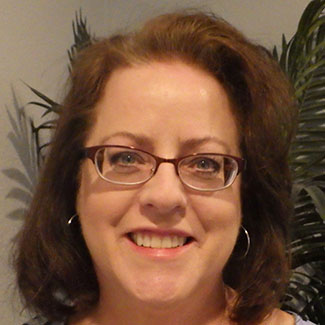 Rose moved to Idaho in 2018 to be closer to family and enjoy the 4 seasons. She has 3 children and 3 grandchildren.

Rose has been in the medical field for over 20 years. Starting off as a Nursing Assistant, in a hospital setting, Rose knew that the medical field was for her. She became interested in the rehabilitation therapy portion of patient care in regards to Physical Therapy. She spent the next 4 years as a PTA applying her knowledge in modalities and procedures for patients with orthopedic injuries. Always looking for a challenge, Rose became an Office Collections Supervisor for a company that had 15 Physical , Occupational and Speech offices. It was spending 15 years there that she realized her passion for fighting insurance denials and being a voice for the patient. With her daughter starting school at Cal Poly San Luis Obispo, chose to move to Central California. There she was an Office Manager for a Physical Therapy Clinic for 3 years before moving to Boise and joining the Boise Speech and Hearing Team.

In her spare time, she enjoys going to church, reading, walking her dogs and gardening. In the future she is hoping to become more involved with her church and Hospice. 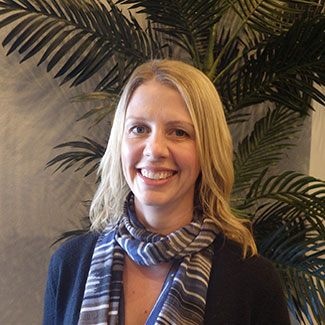 Katie is married and has two children. She moved to Idaho for her husbands job in 2007 and quickly made Boise their home.

Katie has several years experience working retail, as an assistant for an accounting office and most recently with children at an Elementary School.

In her free time, Katie enjoys going to the movies with her family, hiking, traveling, watching her boys play sports, and spending time with her two cats. 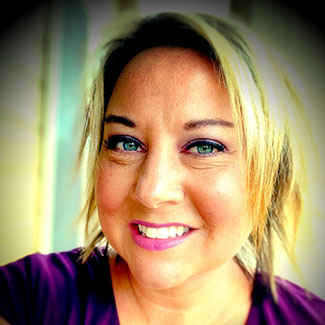 Lisa has lived in the Treasure Valley for over 25 years. She graduated from nearby Centennial High School and then went to Boise State University to pursue a degree in Health Promotion. Lisa has worked in the fitness industry as a Personal Trainer and a Group Fitness Instructor. She has also worked in the legal field as a Legal Assistant and Contract Review Specialist.

Lisa’s hobbies include going for walks on the Greenbelt and baking yummy treats for her husband and three children. She loves to travel, especially to warm, tropical destinations.

Call Us
Email Us
Find Us