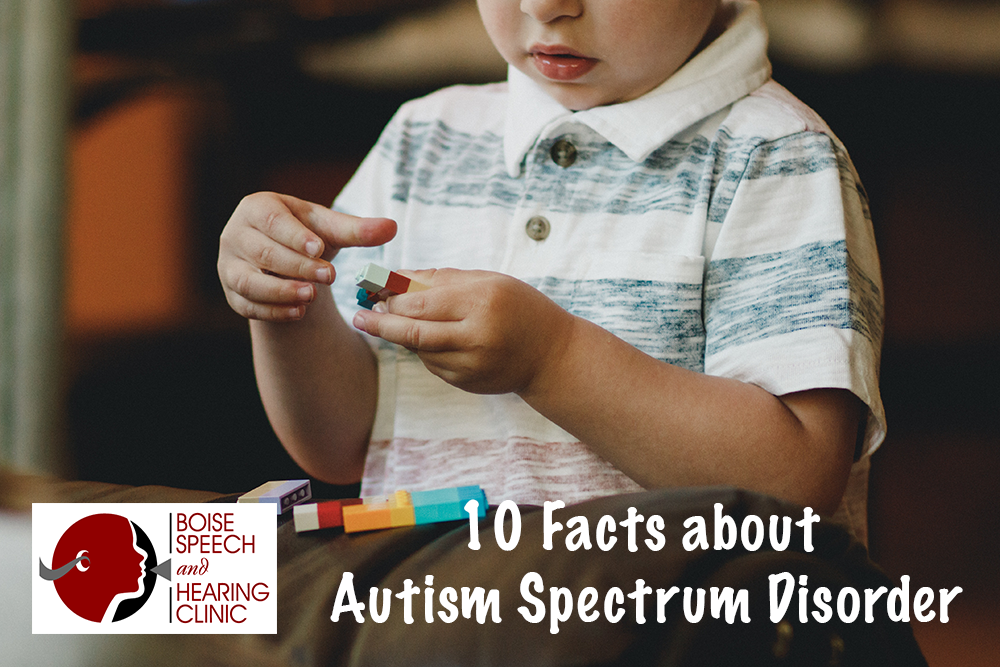 For years Hollywood and culture has portrayed someone with Autism Spectrum Disorder (ASD or Autism) in one distinct way, when in reality Autism looks very different for each individual. It can be difficult to diagnose because symptoms range widely. What one child may do is not indicative for the whole, but there are typically a few similarities between people diagnosed with Autism.

There is a lot amount of information from reliable and non-reliable sources on the internet, but here are a few widely agreed upon facts about Autism Spectrum Disorder.

Ten Things you May Not Know about Autism

There are two common symptoms that those with Autism typically display. One is the trouble with social interactions and communication and the other is repetitive behavior or actions. Other symptoms can range greatly. Every person who has been diagnosed presents very differently.

According to the American Psychiatric Association, “Autism spectrum disorder (ASD) is a complex developmental condition that involves persistent challenges in social interaction, speech and nonverbal communication, and restricted/repetitive behaviors. The effects of ASD and the severity of symptoms are different in each person.

Autism Speaks has a 20 question screening to help you identify if your child has some common symptoms of Autism or checkout this slightly more in-depth evaluation from the Autism Research Institute. These can be great resources, but if you are still concerned please meet with a professional for testing.

What to Do if You Think Your Child Could have Autism

Don’t wait for someone to approach you. I think some people believe the school or the doctor will bring this to the parent’s attention and in some cases, this is true, but more often than not, we as parents need to start the conversation.

The first thing to do is to discuss your concerns with your child’s doctor. It can be helpful to keep a journal beforehand of things that concern you about your child’s behavior or milestones they have not reached. The more information your doctor has the better he can assist you. Some doctors will start testing and diagnosis your child, while others may send you to a specialist such as a psychologist for testing.

You have Successfully Subscribed!